In short time Energy Consultant and CEO of AX Energi, Mr. Peter Bruun has managed to optimize the performance on parts of the installations at Unilever’s production by implementing a new multi sensor. The sensor is called PowerMoniMain and has been developed by the GreenTech company ReMoni.

The sensor provides real-time data, electricity metering, operations information and gives you an overview of the current and historical energy consumption. PowerMoniMain enables you to monitor various technical installations and units at the same time – all day and all night.

As most Energy Consultants, Peter Bruun has been using a lot of time trying to detect the invisible power consumption by localizing the resource wasting installations. He purchased a PowerMoniMain, which made it possible for him to optimize parts of the production at Unilever in record time.

”One of the benefits with PowerMoniMain is, that you get data on the performance and consumption of various units at the same time,” Peter Bruun says.

He continues: ”With continuing data for various installations I have got an insight, which I haven’t got earlier – this makes it easy for me, since the data patterns rapidly point out the problematic units.”

Monitor up to 15 technical installations

A PowerMoniMain can monitor power consumption on up to 15 technical installations at the same time. According to Peter the new, concrete insights in the current and historical consumption makes it possible to optimize the facility. For instance, it becomes easy to find installations that are using power during night even though the production has been shut down.

Peter Bruun likes to stay updated on new technology. For this reason, he immediately bought a PowerMoniMain when it was launched. From then it did not take long before it was installed at Unilever – a company focusing on savings and on reducing power consumption and waste.

Peters Bruun’s first project at Unilever revealed a yearly energy saving of DKK 86,000 – equivalent to EUR 11,600 – within the first 10 days.

Data appeared in ReMonis cloud-platform ReCalc shortly after sensor and gateway had been installed. From there it did not take many hours before he had found the problematic installations. Based on time and consumption it turned out that the compressor and some heating elements were consuming a lot of power outside of production hours.

Get an operation pattern for all kinds of electrical motors

No matter which power consumption or which electrical installations you would like to monitor over time, you can use a PowerMoniMain.

You get an operation pattern and power monitoring in switch boards and for all types of electrical motors such as compressors, pumps, ventilation systems, production equipment, CNC-machines and much more. In addition, PowerMoniMain can be used for monitoring the power consumption of charging stations or the actual power production of solar panels.

ReMonis PowerMoniMain provides data about the actual number of operation hours of the machines so that maintenance and service can be planned based on real data. With a high and continuing data sampling rate you get valuable data for an Overall Equipment Effectiveness (OEE) analysis of your production equipment.

”Luckily it is clamp-on, on the outside of the cables and a PowerMoniMain does not fill up space in the switch board,” Peter says: ”Well, actually the sensor can also stay in the switch board, so that we stay updated on the power consumption of this product line.”

Peter confirms that it is easy to install a PowerMoniMain and that it takes significantly shorter time to get running than other equipment for power consumption.

Installed in the switch board

Practically a PowerMoniMain is installed in a switch board. From here the ReMoni gateway is sending data wirelessly to the cloud-platform ReCalc – and that is how simple it is.

PowerMoniMain can meter and monitor various installations at the same time and be used for both screening purposes and permanent power metering. 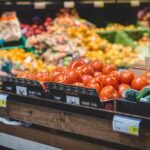 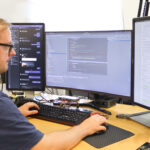